When Teens Blow Off Parents’ Pleas to Get Vaccinated, the Consequences Can Be Deadly

“She was very skilled at blowing it off,” Stonum said of his only child. “It was constantly, ‘OK, I’ll think about it.’ It was never an outright ‘no.’”

Tyler Gilreath, 20, resisted the constant nagging and cajoling of his mother, Tamra Demello, to get the covid vaccine.

“He was one of those kids who had to make every mistake himself, because he always knew best,” said Demello, 60, of Apex, North Carolina. “The more a mother’s lips move, the less the ears on their male children open.”

Both young people recently died of covid — Kennedy on Feb. 11, Tyler last September. The vaccines had been available to them for months before their deaths.

Parents of teenagers and young adults are familiar with this tug of war: Their kids, soon-to-be full-fledged adults, resist parental input and think they know what’s right. They learn about covid from friends and posts on social media platforms, such as Instagram and TikTok — not always the most accurate sources.

Parents often have enough leverage to compel their kids to get vaccinated — but not always.

“Take their cell phone away. It would be three hours before they were lining up at the clinic,” Lee Stonum said. However, that option wasn’t available to him because Kennedy lived primarily with her mother, Stonum’s ex-wife, in another part of Orange County.

Covid deaths among young people are uncommon, but Kennedy Stonum and Tyler Gilreath are certainly not alone: For example, an unvaccinated 15-year-old girl from Pensacola, Florida, died in September, as did an unvaccinated 16-year-old high school football player from Mississippi.

Vaccination rates remain low among young people: Just over 57% of kids ages 12 to 17 and 62% of 18- to 24-year-olds are fully vaccinated, compared with 69% of the entire vaccine-eligible population of the United States.

That is in part due to a feeling of youthful invincibility, amplified because the disease is far less deadly among young people than older Americans.

Children and adolescents account for 22% of the U.S. population but an estimated 3% of covid-related hospitalizations and less than 0.1% of covid deaths. Of the nearly 1 million people in the United States who have died of covid, the vast majority have been 65 and older.

Teen vaccine resistance is also hardened by a stream of social media posts, confusing and shifting recommendations from public health officials, and a youthful skepticism of authority, experts say.

Kennedy “spent a lot of time on TikTok and on social media, and I think she was picking up some misinformation there,” said Lee Stonum, sitting on the back patio of his home on a warm, brilliantly sunny day in late February. 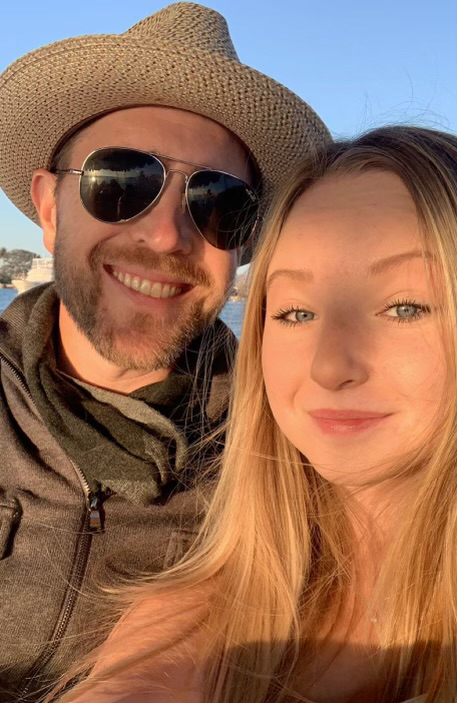 Kennedy was also hearing from her peers that the vaccines could cause sterility, Stonum said. “Her biggest stated reason for not wanting to do it was that we didn’t know what the long-term impact on fertility was,” he said.

Gilreath was wary of the new vaccines, particularly the potential impact on his heart, said Demello. “He did a lot of research — a lot of times more than I did,” she said. But he also listened to “a lot of the conspiracy stuff,” she said, and he had that youthful sense of immortality, telling her: ‘“If I get sick, I’ll only get sick for a couple of days, and I’ll get over it. I’m healthy.’”

Rupali Limaye, deputy director of the International Vaccine Access Center at the Johns Hopkins Bloomberg School of Public Health, understands the dynamic. “We’ve created a bit of a perfect storm in which individuals are thinking, ‘I don’t believe the doctor; I don’t believe the government; I’m going to listen to my friends.’ And that has really allowed conspiracy theories and other misinformation to flourish,” she said.

Many adolescents and 20-somethings also don’t believe covid can hurt them because they think “‘I’m young, I’m healthy, and I don’t see why I need to be concerned about this,’” Limaye said.

But young people who remain unvaccinated court danger. Data from December shows that unvaccinated kids ages 12 to 17 were six times as likely to be hospitalized with covid as their vaccinated peers.

“Most kids get mild illness, but there’s a percentage of kids who get very sick,” said Dr. Colleen Kraft, a pediatrician at Children’s Hospital Los Angeles. “Two to six weeks out, kids can develop this multisystem inflammatory condition, where they can get inflammation around their heart and liver and other organs, and they can die from that.”

Kraft said she tries to convince her young patients to get vaccinated by appealing to their desire for a return to normalcy. “Kids want to go to sports games. They want to hang out with their friends. They want to go out to have pizza with them. They want to have sleepovers again,” she said. “The only way we get back to normal is to have as many people protected as we can, and the best way to do that is through vaccination.”

It’s hard to counteract all the forces pushing young people away from vaccines, but failure to do so can be tragic.

Kennedy came down with mild flu-like symptoms in early January. A few weeks later, two days after her 17th birthday, her mother took her to urgent care because her eyes were turning yellow. Doctors there were alarmed and sent her to the emergency room in an ambulance.

At first, Kennedy’s condition improved rapidly, and doctors called her response to the treatment “miraculous,” her father said.

But then she took a sharp turn for the worse. Doctors struggled to control one life-threatening crisis after another, Lee Stonum said. “It was sort of like playing whack-a-mole. Her body was just under attack at that point on multiple fronts,” he said.

On Feb. 10, Kennedy was transferred to Children’s Hospital Los Angeles. Shortly after arriving, her pupils stopped being responsive, and a CT scan revealed a massive brain bleed, Stonum said. She died the next day. 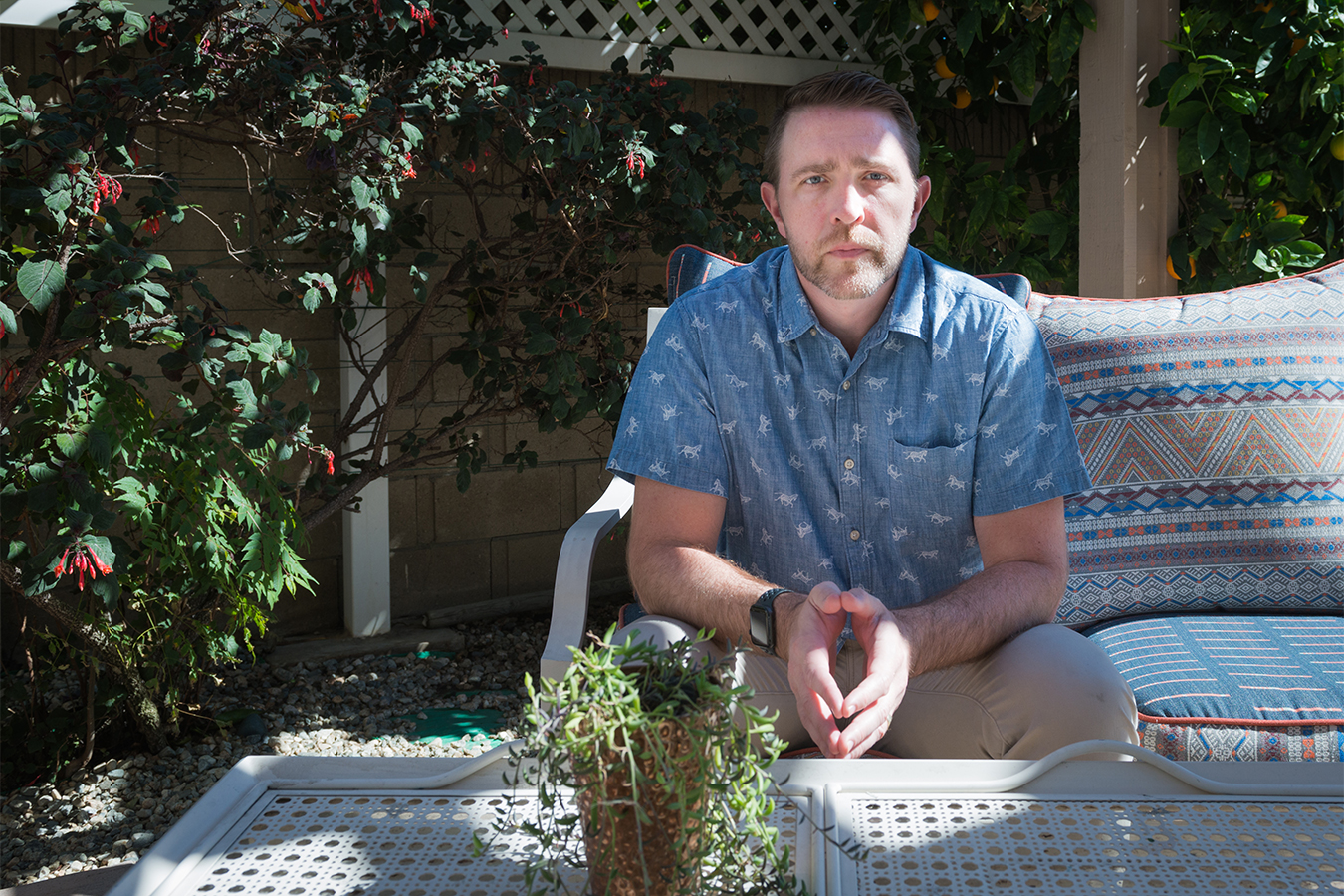 Demello, Gilreath’s mom, nearly persuaded her son to get the shot. She had been vaccinated in March 2021 and was on him frequently to do the same.

Gilreath finally agreed last August when Demello told him that getting vaccinated could be his birthday present to her. But he wanted to wait until he arrived in Wilmington, a port city 140 miles southeast of his mom’s house, where he was planning to attend the University of North Carolina.

But he never even got the first shot. A few days after he arrived in Wilmington, he caught covid from one of his roommates. He died a little more than a month later, of a covid-related brain infection.

Demello said she was “extremely proud” that some of her son’s organs saved the lives of three men. But his heart was rejected by the body of its recipient. “I would have loved to know his heart was still beating somewhere in the world,” Demello said. “That was hard to take.”

Stonum wishes he could have forced his daughter to get vaccinated but felt his influence was limited because she didn’t live with him full time.

He said the thing he loved most about his daughter was her sense of humor. “She was really funny,” he said. “I loved laughing with her.”

He knows that what happened to Kennedy was extremely rare and deeply regrets that she didn’t get the vaccine that would likely have saved her life. “You don’t really care whether something was a one-in-a-million chance of happening when it happens,” he said.